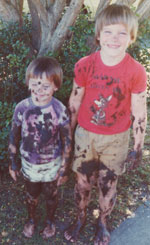 Developing strategies based on sound developmental principles and an awareness of a child’s individuality, does not mean punishment is totally eliminated. Punishments for harmful behaviour may still be required, even if the behaviour is the result of a child’s difficult temperament; for example, impulsively hitting a younger sibling. The goal is to think ahead and plan for the possibility of inappropriate behaviour due to difficult temperament. Intervening early with a management strategy may eliminate the need to punish the child later.

Tantrums usually come in two different types. One relates to a child’s temperament –temperamental and the other is used by the child to change their environment and achieve their demand – manipulative

A strategy is an action that helps children gain control of their difficult temperament. Parents in this chapter, are guided through five rules to establish strategies.When a parent gains an understanding of the child’s temperament the attitude towards the child usually becomes more sympathetic. Parents can be released from the feeling of being blamed for the child’s behaviour and gain the ability to manage the child effectively, rather than randomly punishing issues arising from difficult temperament.

When a child becomes locked-in, the tantrum is referred to as temperamental. The intensity of the temperamental tantrum is usually greater than that of a manipulative tantrum. A tantrum which is the result of children simply not getting what they want is referred to as a manipulative tantrum, because the children are trying to manipulate the environment to suite an immediate perceived need.

Having established that the tantrum is the result of difficult temperament rather than a manipulative action, a parent needs to move towards the child with understanding, offering help with the temperamental issue, rather than arbitrarily punishing the action. It may well be that punishment will still be necessary; however, by acknowledging the temperamental issue, the message is given that there is someone who will help the child regain control.

When the behaviour has been assessed as one over which the child can exercise self-control, or is the result of a manipulative tantrum, parents either ignore the behaviour or institute a previously negotiated punishment. When punishments are applied, parents remain as disengaged as possible from the child; thus, maximising the detachment rule and giving the clear message, ‘I am not going to get emotionally involved your behaviour’.

Used as a teaching strategy, not a punishment 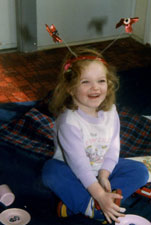 The concept of ‘Time-Out’ is often used to refer to punishment; that is, taking children away from activities because of inappropriate behaviour. We call this strategy ‘Time-Away’, where children are not allowed to participate in certain activities until they behave more appropriately. The problem for many difficult children is that, without clear instruction about what has gone wrong, such removal from activities will often lead to an increase in inappropriate behaviour.

Time-Out refers to a strategy where the child is removed from a difficult situation so that self-control can be established and the child can learn appropriate behaviour. This may be followed by Time Away where the child is kept away from the activity for an additional period of time as a form of punishment. Time-Out is a teaching strategy in which both parent and child participate.