Temperament is set at birth. It cannot be changed but it can be managed. In their temperament study, The Australian Institute of Family Studies makes this statement: ‘Temperament plays a very important role in how children develop, especially in the school and emotional areas and it has long term effects on how well they adjust to life in the family, at school and in the wider environment”

This chapter discusses the effect of poor social skills on a child experiencing diffident temperament. The components of temperament are discussed so that parents can identify where a strategy is most needed.

It is important to note that most children will, at times, display difficult behaviour. Often there will be no need for parents to intervene because the behaviour will pass without significant disruption to a child’s life. A child has less ability to control emotions when difficult temperamental issues are involved. At other times the child may be simply exhibiting the normal emotional responses for that age. Knowing this concept alone is often a release for parents. Issues of difficult temperament include: 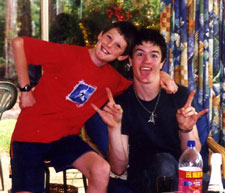 Almost all children with a difficult temperament will have poor social skills. Their inability to read social cues and the overwhelming need to become part of the group, when in fact they are often emotionally unable to do so, will lead some children to the most inappropriate behaviour. Some of the impulsive behaviours mentioned earlier such as, pushing in, calling out, making inappropriate comments and acting in strange and sometimes violent ways, do not endear them to their peer group. Richard Lavoie makes the statement, ‘Children with learning disorders often have particular difficulty developing social competence.’

Even though these children may be elected to leadership positions because of their high energy skills, their ability to form intimate peer relationships is not usually good.

Emotionally your child may not ‘fit’ with siblings and the peer group. This may also contribute to the inability to make close friends. Many children with a difficult temperament can be observed trying hard to become part of the general ‘group’. Learning social skills is not an easy lesson for many children, let alone those with a difficult temperament. 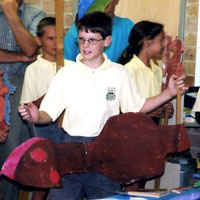 Many children with difficult temperament or learning difficulties have low self-esteem. This is often a result of the fact that they are unable to sustain meaningful friendships and do not have support within their peer group. By the age of eight or nine children are able to compare themselves to their peer group. Many difficult children begin to struggle to find a place for themselves in this structure. It is quite normal for a child’s self- esteem to fluctuate, especially at times of change; for example, going from primary school to high school. Part of the process of growing up is to increase the level of self-esteem so that it remains more consistent as the years go by.